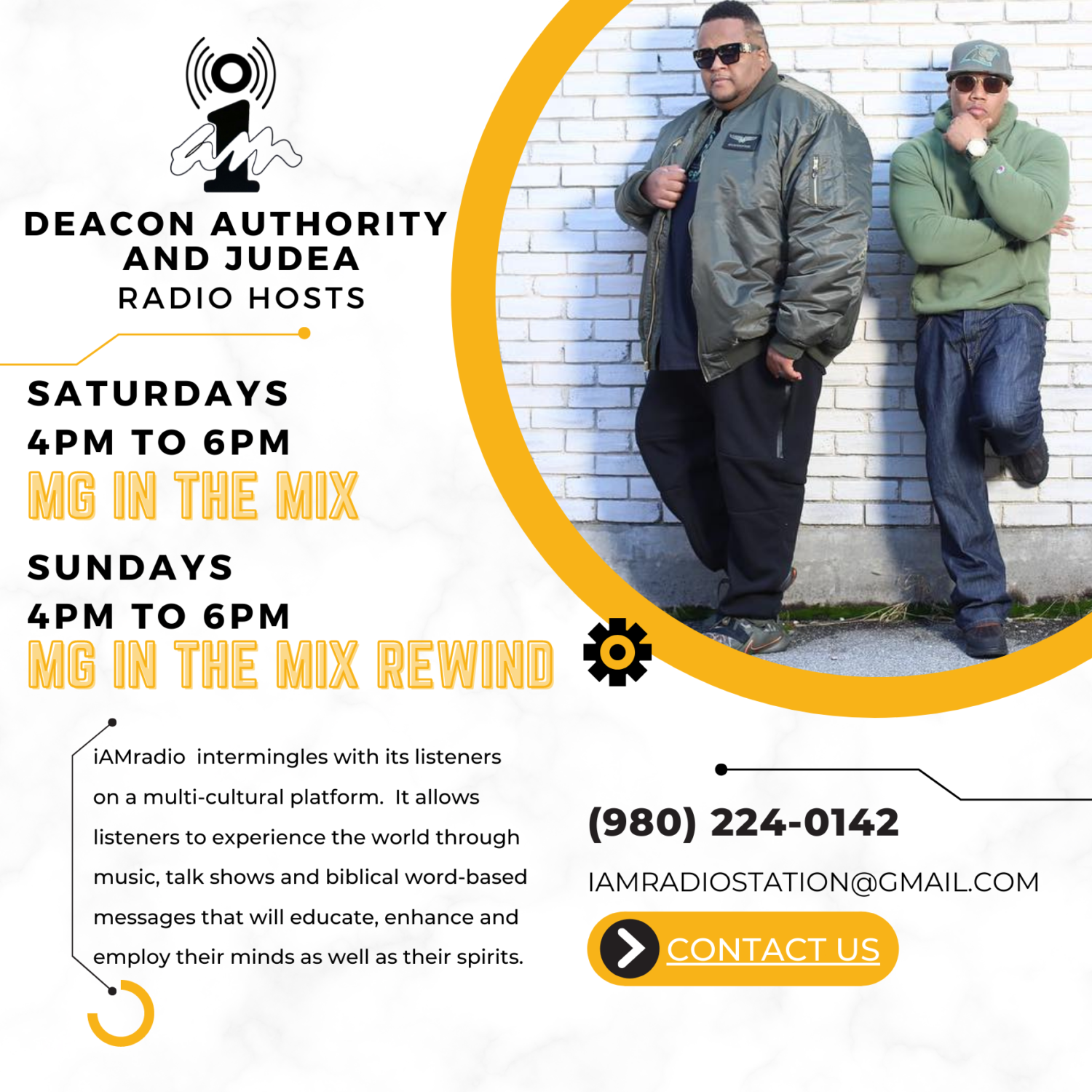 Deacon Authority’s mantra is, “Stay salty.” But don’t take that to mean he wants you angry, irritated, or upset. Certainly, that’s not how the Christian hip-hop artist Cedric Hester, known as Deacon Authority or simply “DA,” moves. In contrast, he’s an encourager who simply chooses to remind Jesus’s followers of their Matthew 5:13 call to influence and make a difference: “You are the salt of the earth…”

As founder and CEO of MG (Mighty God) Music Group, Deacon Authority dedicates his time to writing and producing music for a number of artists as well as himself. He also performs with several of the artists at churches, amphitheaters, and a variety of other venues up and down the East Coast. The door was even opened for them to share their hip-hop gospel message in the UK in 2019.

Judea, born and raised in Roxboro N.C. Judea grew up around music all his life. His musical roots began in New Mt Zion Church where he attended with his mother and father. Judea enjoys several different genres of music but his love for Hip Hop started his music career. As Co-Founder of MG Music Group, Judea writes, produces, and performs music as an independent artists and for other upcoming artists.